The farmers at PRESTHÓLAR participate in the following national initiatives and projects:

Sigurður and Alda have pursued farming at PRESTHÓLAR (Priest Hillocks) since 1990.

PRESTHÓLAR is an old vicarage and a parliamentary place. A church was situated here since time immemorial and until 1929 when the church was torn down and a new one built on land belonging to the farm of SNARTARSTAÐIR (Snortur´s Place). Many famous clerks served at PRESTHÓLAR in earlier periods, the last one Halldór Bjarnason served there until 1936. The 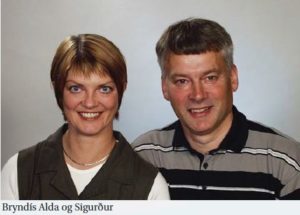 extensive area of land that belongs to PRESTHÓLAR is considered highly appropriate for sheep farming, providing good grazing grounds and fairly good seaweed grazing possibilities on the lava rapids at the coastline. Here sheep shelters were operated for a long period while today´s sheepsheds are situated by the hayfields closer to the residence house and outhouses.

PRESTHÓLAR are situated in the lava field of RAUÐÁRHRAUN (Red River Lava Field) and further expansion of hayfields in the vicinity of the farm´s buildings will therefore be problematic. The area south of the lava field and closer to the coastline is composed of fairly well grown heather and bushes and is considered ideal for constructing hayfields that now stretch over this tract of land.

Amongst the farm´s perquisites is a bit of driftwood at the coast, trout fishing in the lagoons of PRESTHÓLALÓN (Priest Hillocks Lagoons) and seatrout alongside the coast. The farm´s land also adjoins river ORMARSÁ (Ormar´s River) which nowadays provides quite good catch of Atlantic salmon.

A new farm, HRAUNTÚN (Lava Field Lea), was built on a tract of land belonging to PRESTHÓLAR in 1956, by Ármann Þorgrímsson and Kristveig Jónsdóttir who pursued farming there until 1958. The new farm was again merged with PRESTHÓLAR in 1990.

A small river, ÞÚFUGERÐISÁ (Tussock Hedge River) runs to the north a bit above the farm´s buildings and then disappears into the lava field at a small pond called BUGATJÖRN (Reject Pond). The caves of JÖTNAHELLAR (Giant caves) are found alongside the southside of the lava field and lava field crags called MESSUKLETTAR (Mass Crags) are located south of the farm´s buildings. Here inhuman clergymans were believed to say masses at the same time as the human one at the church in PRESTHÓLAR. 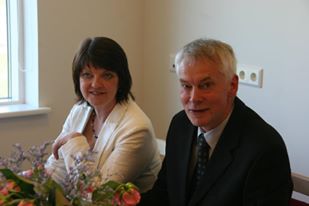 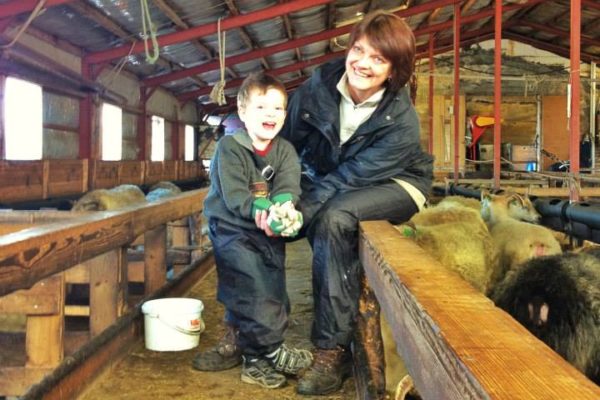 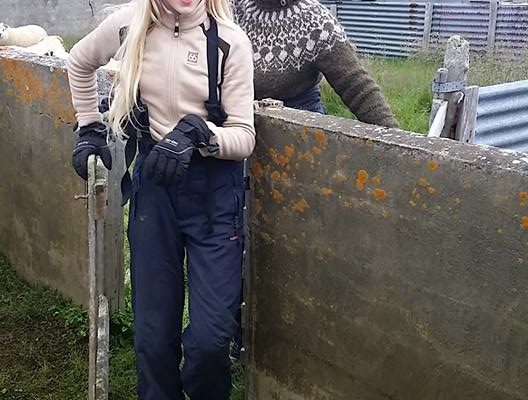 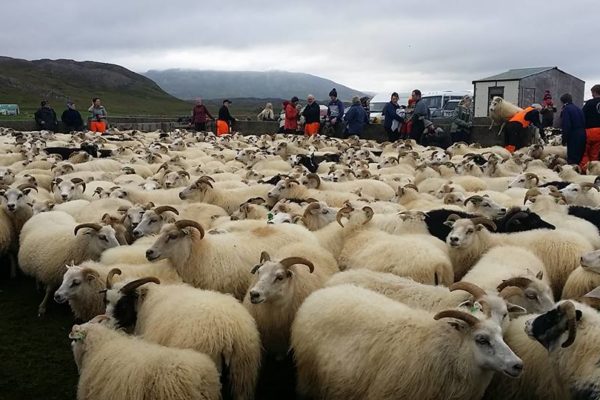