The farmers at KELDUNES participate in the following national initiatives:

KELDUNES II is a relatively recent farm, established in 1953 by Sigtryggur Jónsson and his wife Rakel Sigvaldadóttir. Sigtryggur and his twin brother Karl Helgi then divided amongst themselves a 2/3 part of the land of KELDUNES (Morass Peninsula). Previously their brother Jóhannes had built his new farm FRAMNES (Out Peninsula) on a third part of the land in 1935. The farmers in KELDUNES II have leased KELDUNES I since 1969.

KELDUNES is one of the settlement farms of the district and was previously very large but is today split into nine farms. Seven of the nine farms jointly share the heathlands with KELDUNES and are situated close to one another at the socalled KELDUNESTORFA (Morass Peninsula Shoal), while NÝIBÆR (New Farm) and ARNANES (Eagle Peninsula) have each their own landmarks. The farms in KELDUNESTORFA are situated northermost in the edge of the lavafield east of a small lake called BRUNNAR (Wells), shared by numerous springs that originate from underneath the lava field. The land owned by the farms at KELDUNESTORFA is extensive and reaches far into the heathlands. The land is well suited for sheep grazing, excluding the rough lavafield of SKINNSTAKKAHRAUN (Skin Coats Lavafield) which is difficult to pass and with larger and smaller clefts that represent danger for grazing sheeps.

In earlier days the farm KELDUNES (Morass Peninsula) owned land all the way down to the coastline and had perquisites of driftwood. The coastline was then claimed by the benefice of MÚLAKIRKJA (Cape Church) and later sold to the farm of ARNARNES (Eagle Peninsula) which still holds ownership of the coastline.

Warm springs were found in an area of BRUNNAR (Wells). These warmed considerably, in some places up to 50°C, following the great earthquakes in 1975-1976 when the land in this area was heavily cracked.

Cold water was absent at farms in this area, a problem which was solved by a common water supply system for all the west part of the district of KELDUHVERFI (Morass District). The high quality cold water is distributed from a well high up in the mountain ridge of AUÐBJARGARSTAÐABREKKA (Audbjorg´s Place Slope) and gushes along pipelines to all farms stretching from AUÐBJARGARSTAÐIR (Audjorg´s Place) to the farms in KELDUNES (Morass Peninsula) and from there down to the sandbanks of the glacial river of JÖKULSÁ Á FJÖLLUM where farm SYÐRI-BAKKI (Souther-Bank) is situated.

KELDUNES (Morass Peninsula) served for decades as the general assembly place for the district until the community centre of SKÚLAGARÐUR (Skuli´s Place) was built in 1959. The community centre takes its name after the land magistrate Skúli Magnússon who was born in KELDUNES in 1711. 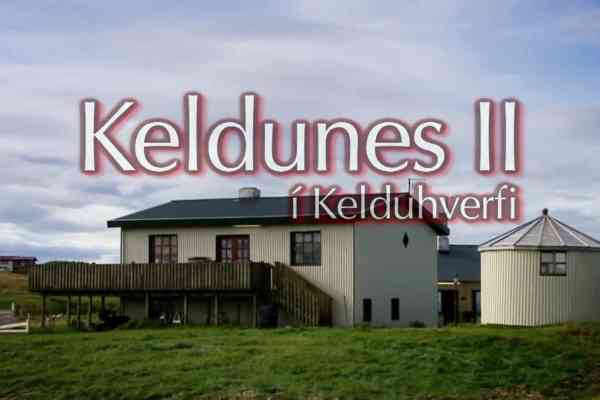 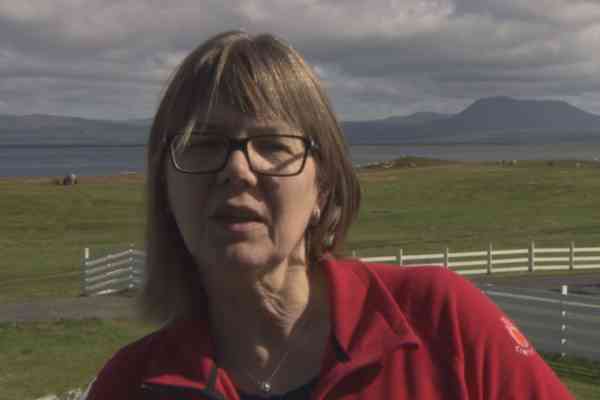