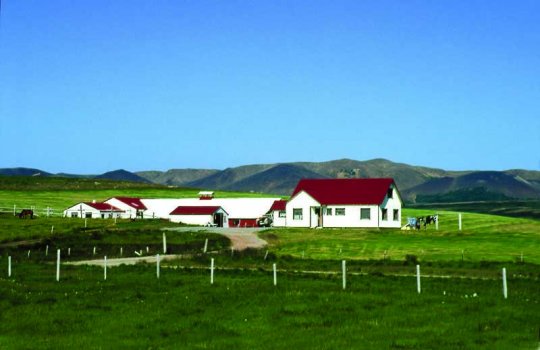 The farmers at SNARTARSTAÐIR participate in the following national initiatives and projects:

Helgi and Sigurlína have pursued farming at SNARTARSTAÐIR (Snortur´s Place) since 1979. 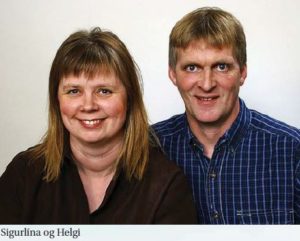 Driftwood rights belonging to the farm stretch from the estuary of the creek SNARTARSTAÐALÆKUR (Snortur´s Place Rivulet) to the rocky mountain of SNARTARSTAÐANÚPUR (Snortur´s Place Crag). Seal pup hunting was previously considerable at the foot of the crag. Due to the closeness of the farm to the mountain sequence, the land is rather snowy but the the mountains also provide shelter from northerly winds and the vegetation is quick to respond in the spring. A fence runs along the coastline, protecting an area with sand reclamation and large areas already well grown. Also, another area east of the mountains has been fenced in for protection and reclamation. Sheep shelters were previously kept along the coast to the north, providing excellent seaweed grazing and with grassy grazing grounds within a short distance. Sheep wethers and adult sheeps were generally kept in the shelters and became very chunky.

The small village of KÓPASKER (Seal Pup Skerry) is located on a land that belongs to SNARTARSTAÐIR. In the village, a freshwater pumping station and a water reservoir tank of the water supply system of KÓPASKER and it´s neighbourhood is located. In 1928, the church of the parish was moved from the farm PRESTHÓLAR (Priest Hillocks) and a new church built at SNARTARSTAÐIR where the cemetery is also located. The first school building in the district, previously called PRESTHÓLAR district (Priest Hillocks District) and now NÚPASVEIT district (Crag District), was built during this period and also a grade school which is situated close to the curch building.

The farmers at SNARTARSTAÐIR collect sheeps from the hills and mountains in collaboration with farmers from the district of MELRAKKASLÉTTA (Fox Prairie) and the sheeps are separated in the sheep-folds of LEIRHAFNARRÉTT (Pelitic Harbour Sheep-Fold) which is situated on the boundaries between the two areas.

SNARTARSTAÐIR is owned by the Icelandic government but any construction and accomplishment made on the farm and it´s land belongs to the occupants. 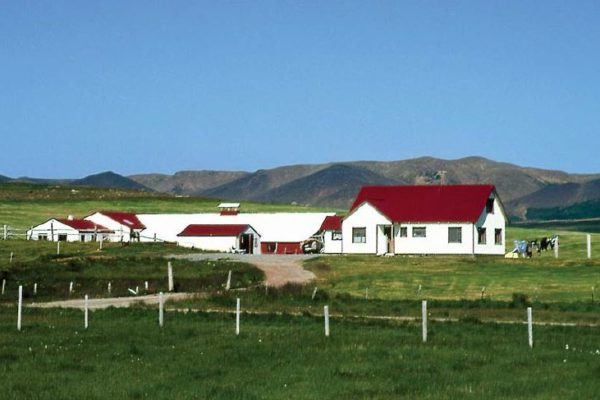 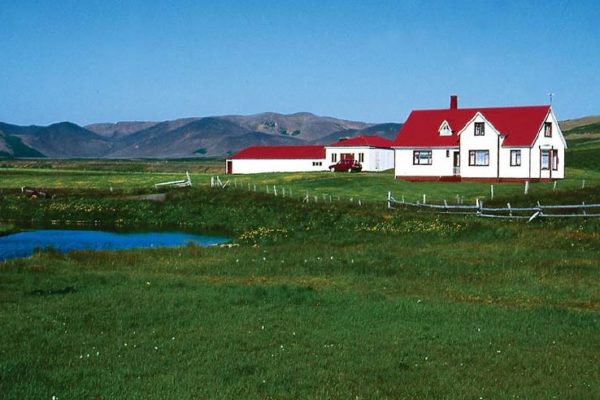