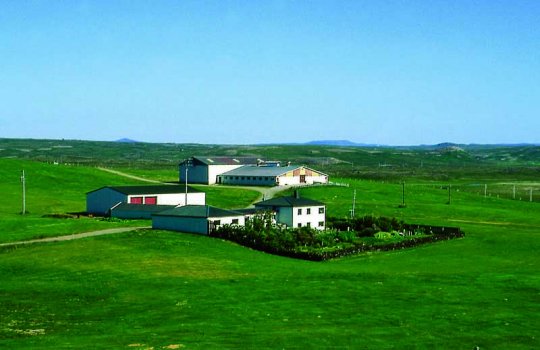 The farmer at BREKKA participates in the following national initiatives and projects:

The residence house and other buildings are situated on the hillock of BREKKUHÓLL (Slope Hillock), a short distance south of the farm SNARTARSTAÐIR (Snortur´s Place). A large sedge-pond is foun in the marshland on the south side of the hillock. South of the pond is a quite prominent rocky hill called BREKKUHAMAR (Slope Cliff) which is being reclamated step by step 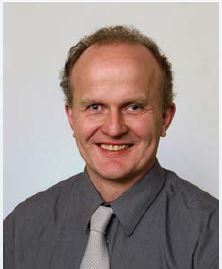 by the occupants at BREKKA. Mountain KOLLUFJALL (Eider Mountain) is found east of and above the farm buildings. East of there the relatively well grown lava field of RAUÐHÓLAHRAUN (Red Hillock Lava Field) provides good grazing fields. The quite prominent hayfields if the farm lie along the foot of mountain KOLLUFJALL (Eider Mountain), between the farm buildings and the lava field. The area offers a potential for a considerable extension of the farm´s hayfields. South of the rocky hill BREKKUHAMAR (Slope Cliff), the creek KLAPPARÓS (Rock Estuary) mouths to the ocean.

The famous BREKKA-brothers were brought up at BREKKA (Slope) where they grew up with their mother after the death of their father at an early age. Farmers belonging to the same family have been sitting at BREKKA since around 1850 and have commonly been recognized for their good farming practises. A panoramic view is from BREKKA to all directions. 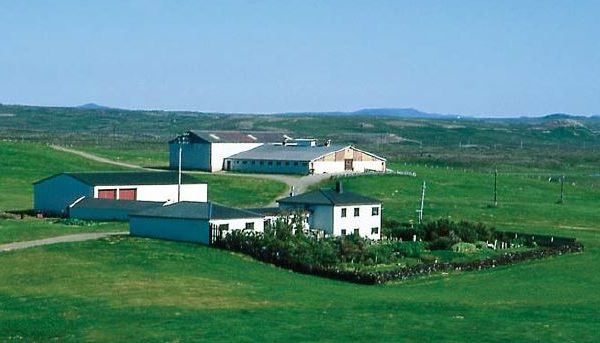 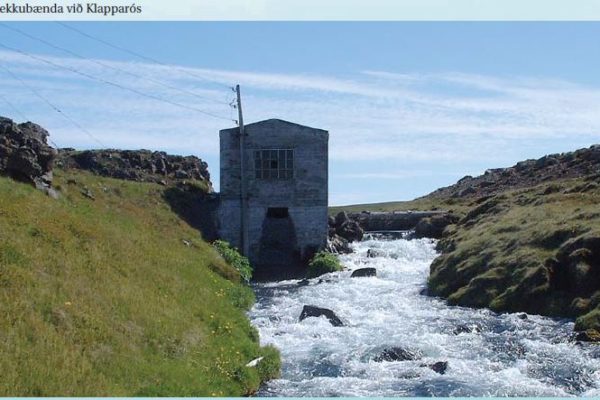