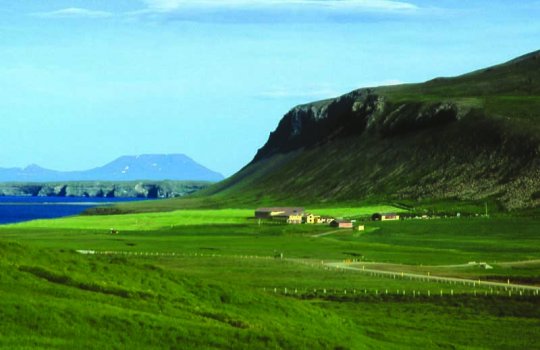 The farmers at BORGIR participate in the following national initiatives:

Eiríkur and Vigdís have pursued farming at BORGIR (Shelters) since 1974. The farm is situated at the food of mountain VIÐARFJALL (Timber Mountain), close to the lagoon and facing the farm KOLLAVÍK (Kolli´s Creek) on the other side of the lagoon. The animal sheds are situated on the ravine edge, south-east of the residence house. The rivulet BALDUR (BALDUR was the god of light and peace in Nordic mythology, noted for his beauty and sweet nature, son of Odin and Frigg, killed by Hoth) runs down the mountain slope above the hayfields and was harnessed by the ffarmers for production of hydroelectric power in 1945. A microwave station, the largest sub-master station of the national telephone company in Iceland, was built on the top of mountain VIÐARFJALL (Timber Mountain) in 1977. The national electricity distribution system of the State Electric Power Works reached the farm a few years earlier and the hydroelectric power plant was then shut down. During this period, a gravel road was constructed to the top of mountain VIÐARFJALL (Timber Mountain). The road is commonly used by travellers for enjoying the excellent view from the top of the 410 m high mountain.

A partly machinable and previously harvested meadow is situated beyond the current hayfields, alongside the lagoon and parallel to river KOLLAVÍKURÁ (Kolli´s Creek River). Sheep shelters were previously operated on the seashore, a short distance from the lagoon. The well grown valley/dell of BORGNADALUR (Shelters´ Valley) is situated south of the farm buildings west of mountain VIÐARFJALL (Timber Mountain).

The area of land belonging to BORGIR stretches from the south side of river KOLLAVÍKURÁ (Kolli´s Creek River), up towards the rivulet KJARNAGILSLÆKUR (Kernel Ravine Rivulet) 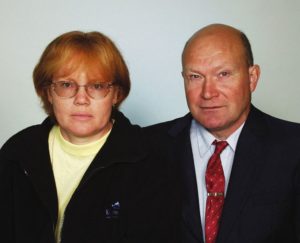 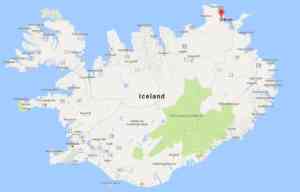 and east to the mountain range of FJALLAGAÐUR (Mountains´ Range). South of the farm buildings the area belonging to BORGIR stretches from the cairn of LAUTINANTSVARÐA (Leutinant´s Cairn) on mountain VIÐARFJALL (Timber Mountain), through the ravine of SKEIÐFLATARGIL (Pace Lawn Ravine) south of URRIÐATJÖRN (Sea-Trout Pond) and then west to the mountain range of FJALLGAÐUR (Mountains´ Range).

The farm´s perquisites include nesting grounds for eider ducks, trout fishing in the river and driftwood on the shore. Also, a hydroelectric powerplant was reconstructed on the farm in 2001, providing electricity to the farm and also the farm of KOLLAVIK (Kolli´s Creek) on the other side of the lagoon. 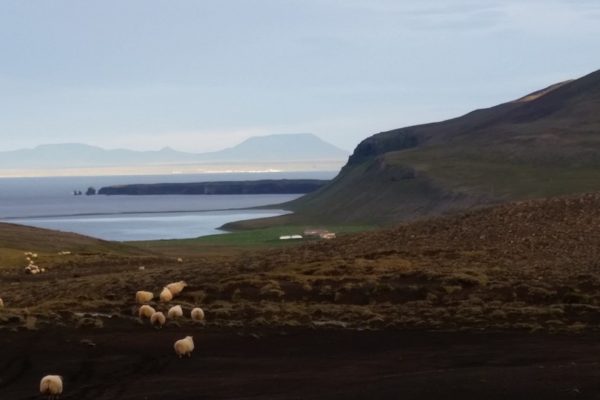 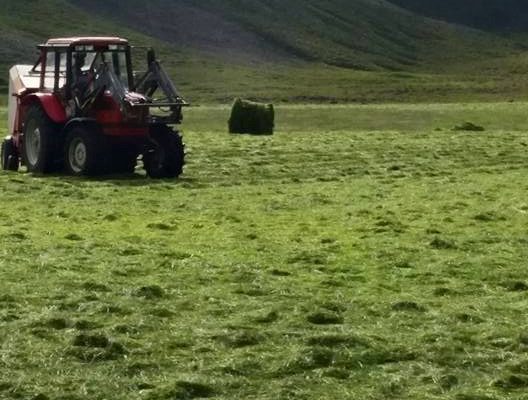 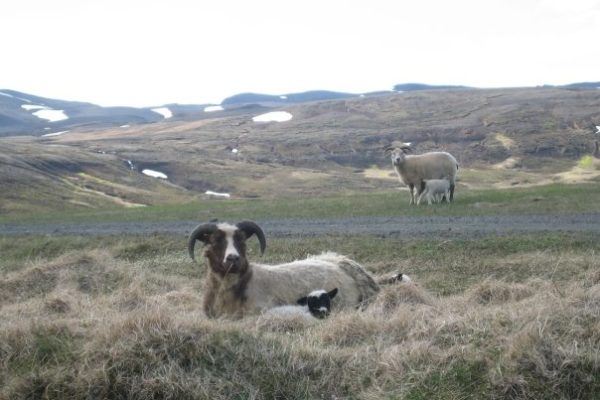 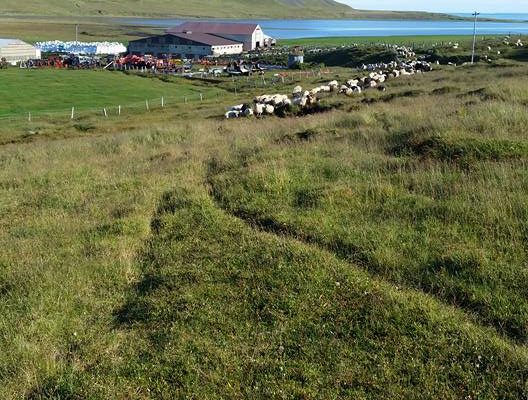 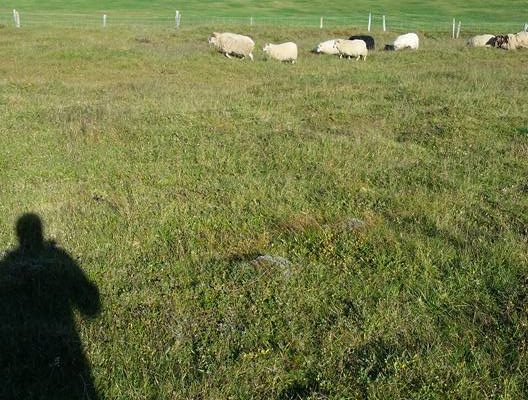 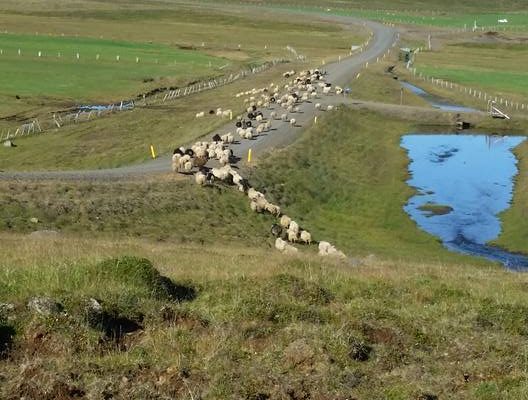 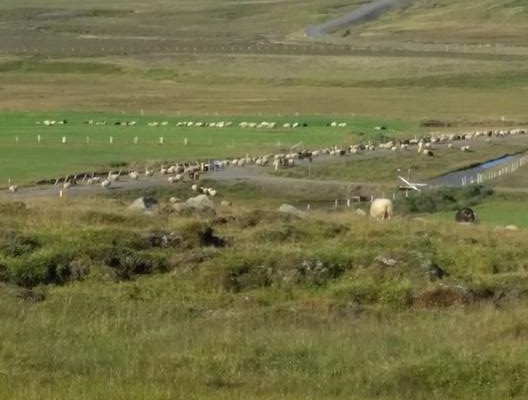 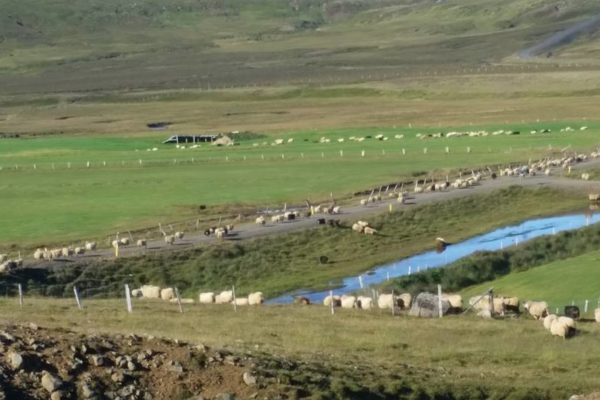 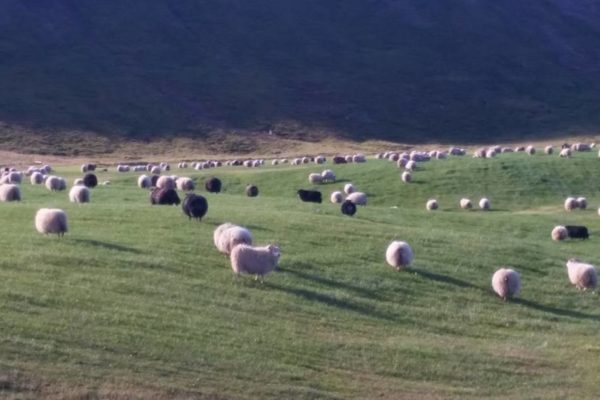