The farmers at SAUÐANES participate in the following national initiatives.

SAUÐANES (Sheep Peninsula) holds extensive tracts of land and was earlier said to own numerous tenancies to the east as well as south to the farm of HALLGILSSTAÐIR (Hallgils´s Place).

The farm is located 7 km north of the small village of ÞÓRSHÖFN (Thor´s Harbour – Thor was the god of thunder in Nordic mythology), situated on a hillock north of the hill ridge of SAUÐANESHÁLS (Sheep Peninsula Hill Ridge).  West of the farm´s buildings is an extensive area of marshes that have been dewatered and reclamated to hayfields. The fields lean towards river GUNNLAUGSÁ (Gunnlaugur´s River) and lake BÆJARVATN (Farm Lake) that drains into river LITLJÓS (Light Colour River) west of an old airfield stripe. Along the seaside to the west are BORGARVÍK (Shelter Cove) and BORGARTÚN (Shelter Field) where sheep shelters were previously operated. Further to the west the peninsulas of LITLANES (Little Peninsula) and GRENJANES (Lair Peninsula) are found. A lighthouse was built on the peninsula of GRENJANES (Lair Peninsula) in 1942.

The heathland area between the coast and the hill ridge of SAUÐANESHÁLS (Sheep Peninsula Hill Ridge) holds an extensive, fenced off area of interchanging marshes and peats. The gravel banks of SAUÐANESMALIR (Sheep Peninsula Gravel Banks) lie along the seaside to the east, above which the lagoons of SAUÐANESLÓN (Sheep Peninsula Lagoons) are located. Breeding grounds for eiderducks are found all around the lagoons and sea-trout migrate from the sea to the lagoons. The marshlands alongside the lagoons are machinable, with swampy areas and interchanging heather hillocks ideal for sheep grazing found further away. The hillock closest to the farm is called GRENJAMÓR (Lair Peats), then KÚAFLAGA (Cow Flake) and furthest 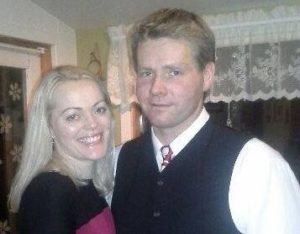 away the hill ridge of SAUÐANESHÁLS (Sheep Peninsula Hill Ridge). The area is well suited for grazing of sheeps and horses, also the fields on the highly fertile peninsula of LITLANES (Little Peninsula) which also is considered ideal for seaweed grazing besides providing driftwood.

A church is located at SAUÐANES (Sheep Peninsula) and priests served here for generations. Due to land merits and perquisites, SAUÐANES 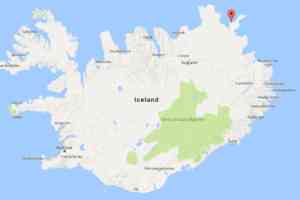 was previously considered amongst the best parishes in Iceland. 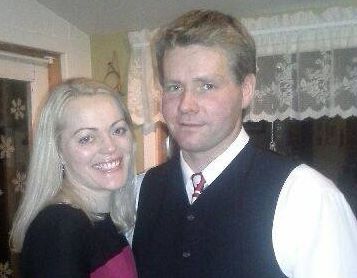 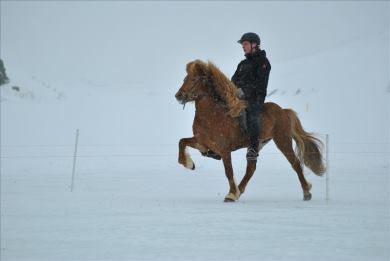 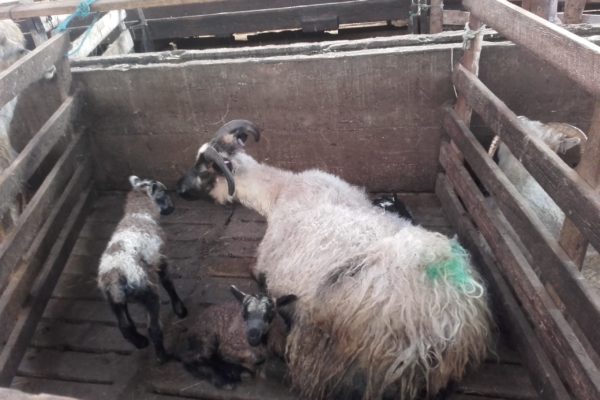 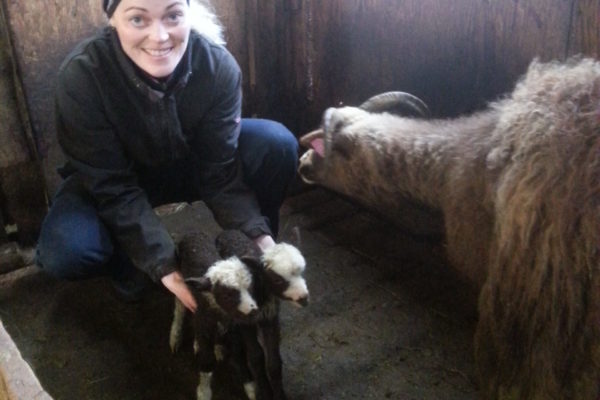 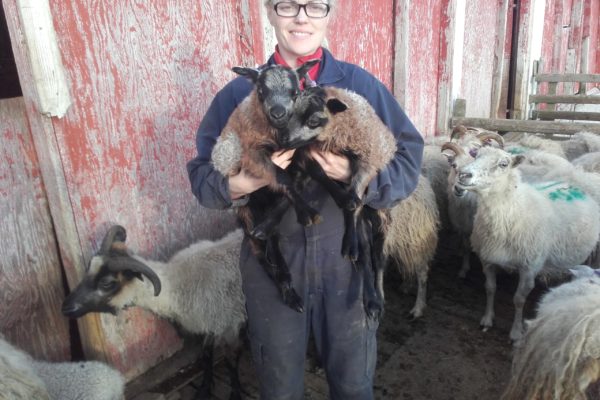 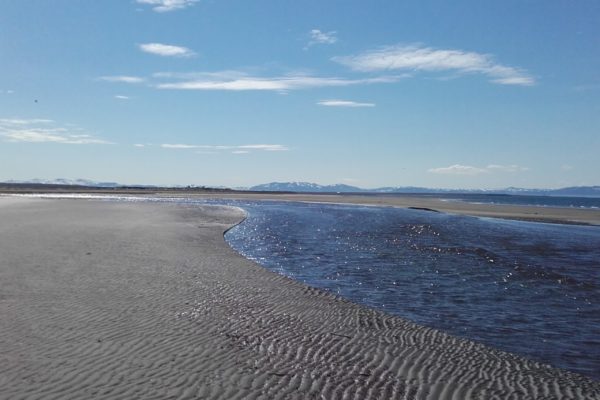 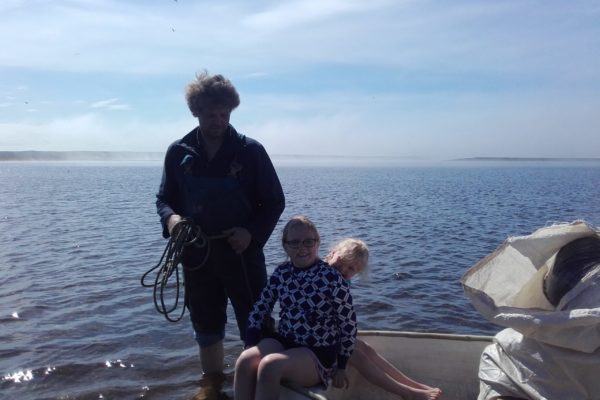 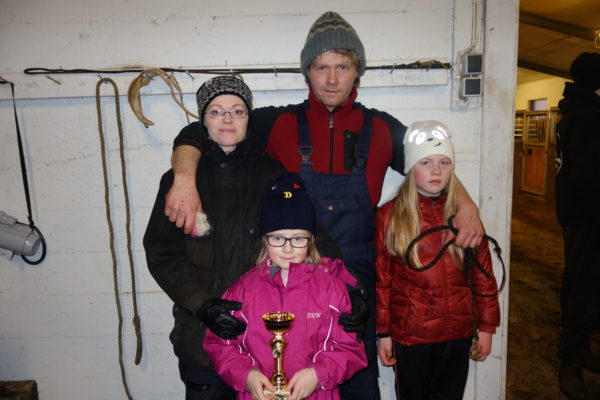 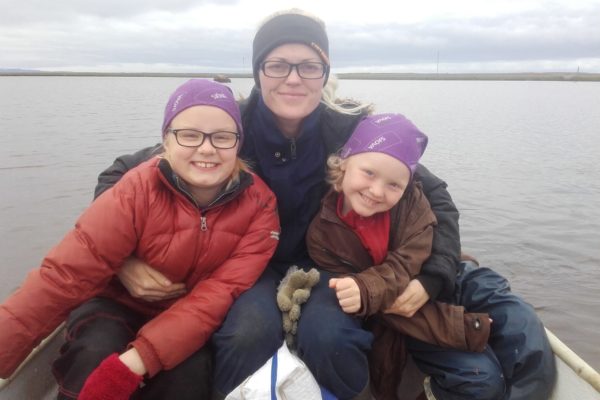 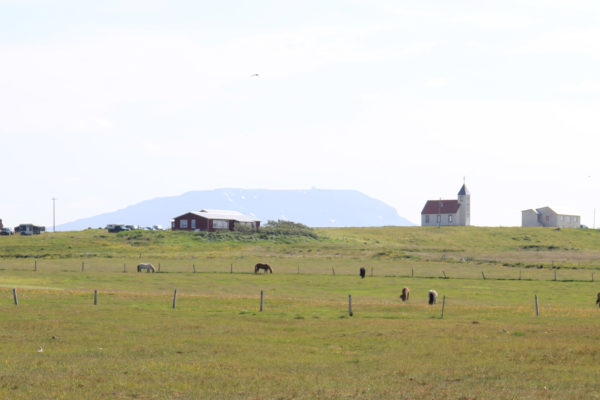 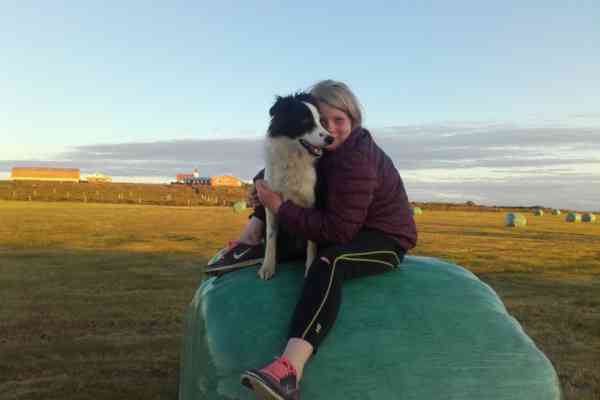