The farmers at BJARNASTAÐIR participate in the following national initiatives and projects:

Halldór and Elín have pursued farming at BJARNASTAÐIR (Bjarni´s Place) since 1981.

The farm is situated on the bank of a small groundwater river north-east of the farm AUSTARALAND (Easterly Land). Relatively low, bush grown hillocks demarcate the dell where the farm is situated and hence, panoramic view is limited. Sandstorms from the hillocks of HÓLASANDUR (Sandy Hillocks) threatened the farm´s lands during a period but the sandstorms were

deescalated and large areas of erosive land have now been reclamated through fertilization of the nutrient poor areas and fencing off already erosive tracts of land for preservation against the encroachment of livestock.  The soil is quite appropriate for cultivation and good grazing fields belong to the farm.

The farm was unoccupied during 1911-1956 and was then owned by the adjacent farm AUSTARALAND (Easterly Land) who utilized the hayfields and pastures as well as the sheepshed and other outhouses on the farm.

A considerable effort in reclamation of gravel beds and pastures has been made at BJARNASTAÐIR (Bjarni´s Place) during the last years. 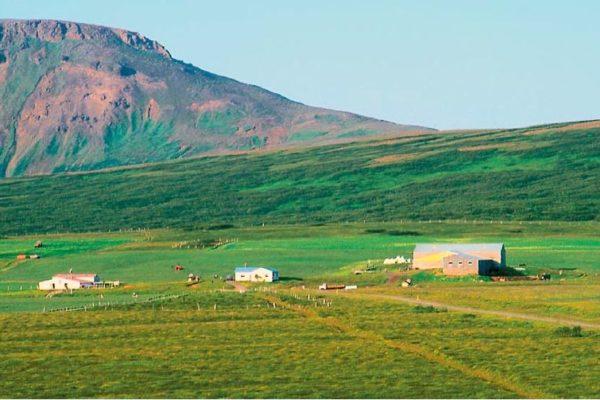 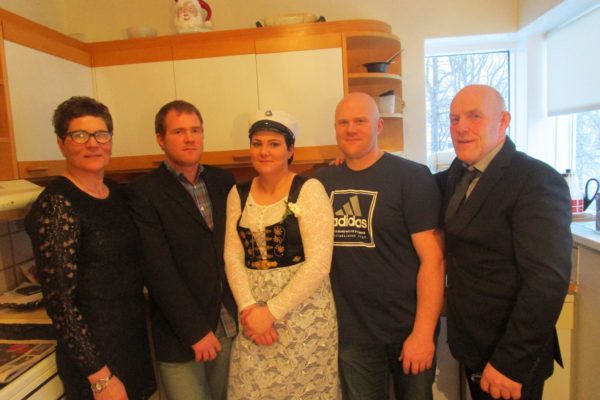